In Part 1, I introduced the Smart Shelf concept, the sensor used, and the web page for displaying real-time updates.

Since then, I have also created a short video to demonstrate the project:

Part 1 explained how I used the Sparkfun ESP8266 Thing and the C SDK. For reliability reasons (in my case, when presenting / demonstrating in front of a live audience you ideally want things to work!), I have always preferred to use the C SDK, especially after the problems I experienced with Lua causing frequent reboots when I tried that approach a year ago. 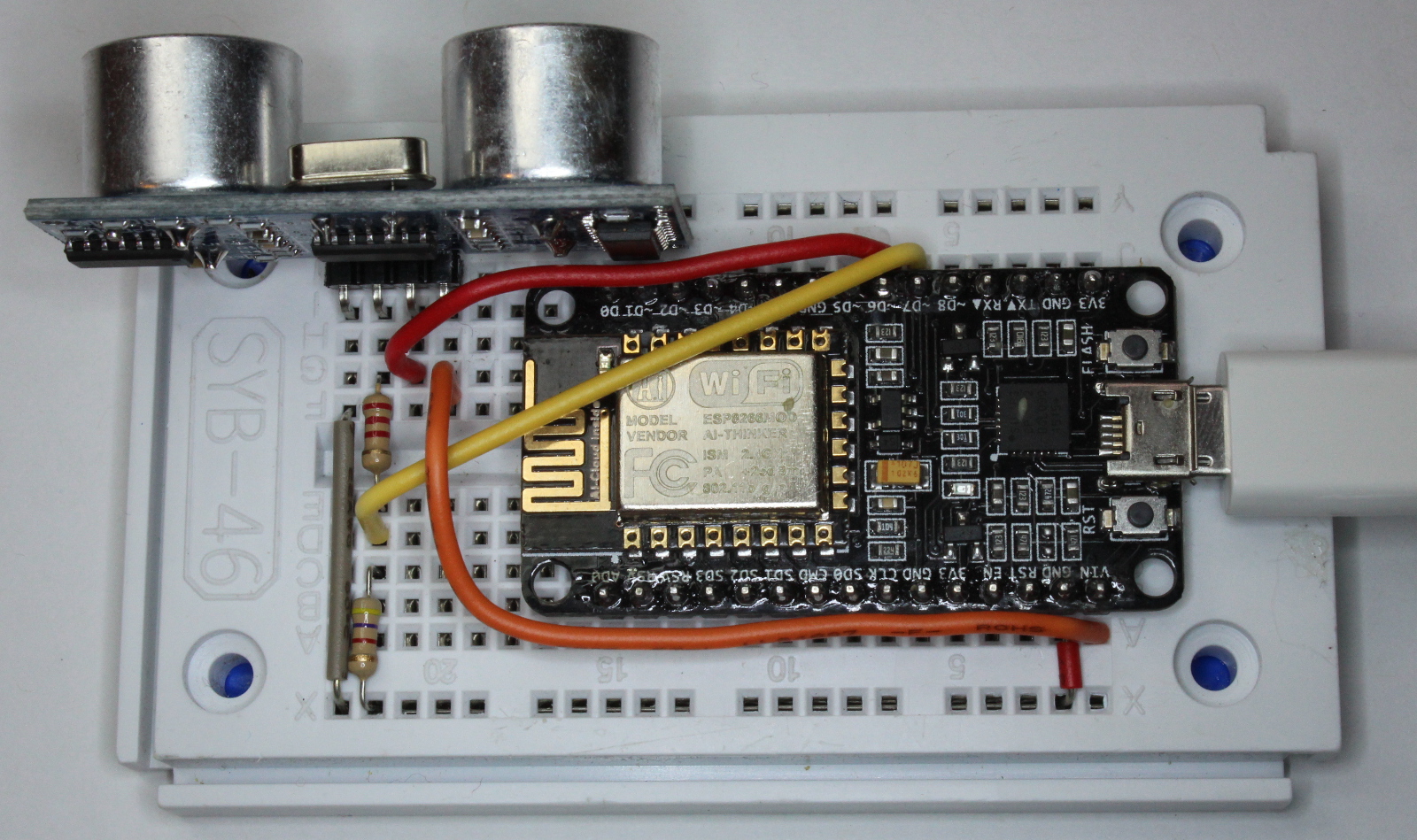 But with the arrival earlier this year of the Arduino IDE, there is now a compelling alternative, which seems to work well (based on my limited experiments). So, as illustrated in this post, if you are an Arduino user, my view is that connecting a NodeMCU board and programming using the Arduino IDE is no more difficult than developing using an official Arduino board. The advantage is that you get built-in Wi-Fi, a smaller form factor and all this at a fraction of the cost. So for many applications, using an ESP8266 dev board like the NodeMCU might be the approach to consider first.

Because the goal in this part 2 is simplicity, I have chosen to use a polling loop rather than callback functions, and also not to implement supply voltage monitoring.

For Arduino developers, one difference that you do need to be aware of is that references to IO pins are based on the ESP8266 and NOT the Arduino port numbering. This means, for example, that to write to port D0, you would need to write to GPIO16, as explained in the nodemcu-devkit diagram here. 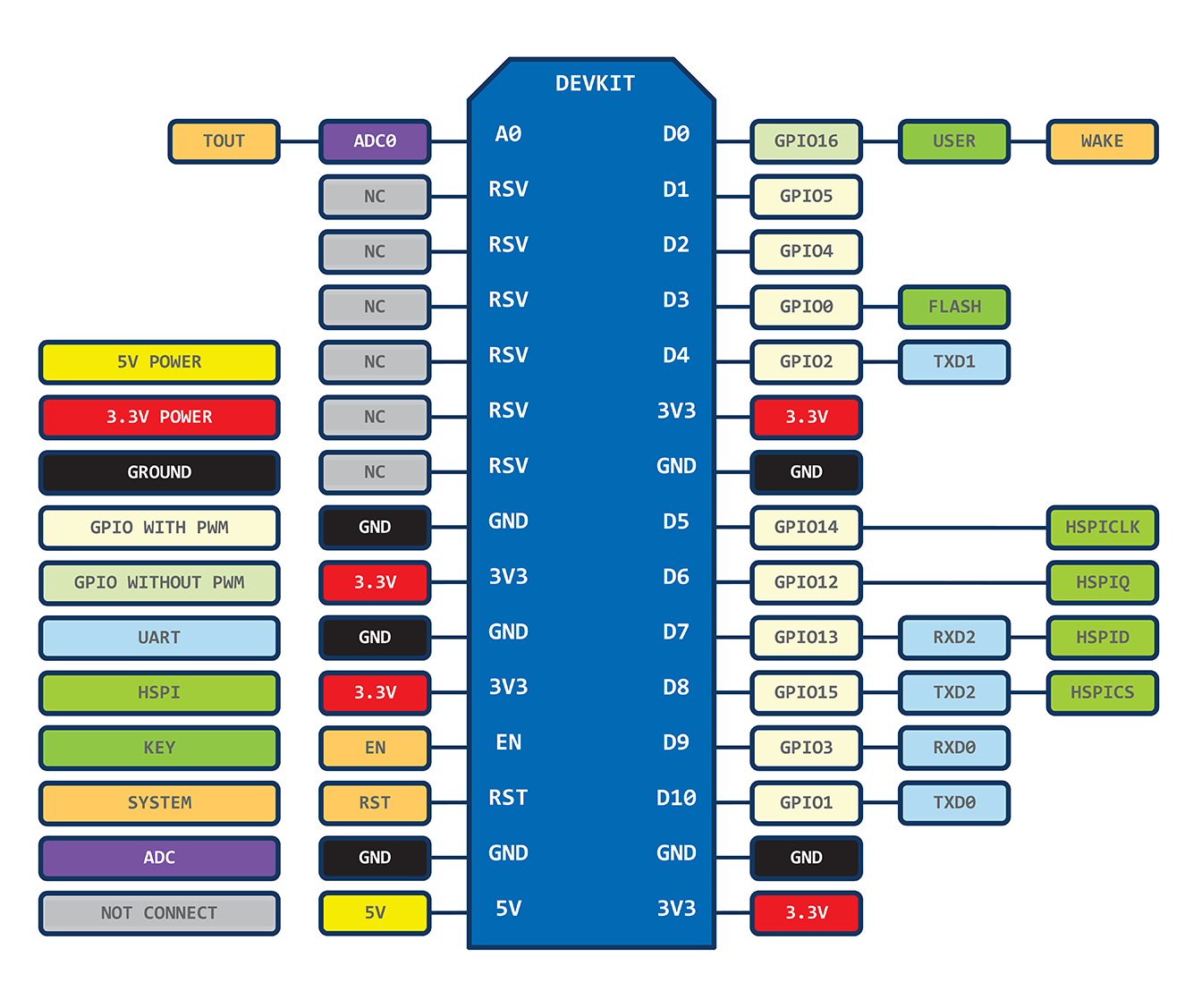 Wiring up the breadboard 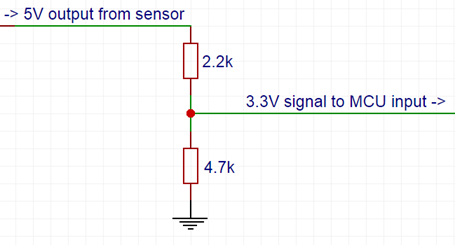 As described in part 1, two resistors are required to convert the 5V output of the ultrasonic sensor to a 3.3V ESP8266-compatible input.

To setup your environment, just follow these steps. Resist the temptation to install a later Arduino version than the one recommended on that page. At the time of writing, this is 1.6.5; version 1.6.6 does not work.

Because the architecture uses MQTT, you will need to add the PubSubClient library to your environment in the usual way from the menu Sketch > Include Library > Manage Libraries…

A big advantage of the Arduino ecosystem is the huge codebase that exists on the Web. To interface with the HC-SR04, I reused some of the code from this tutorial: How to use the HC-SR04 Distance Measuring Sensor.

Also, the code listed below is ALL the code you need –  in one place, not spread over multiple files as is more typical with the C SDK.

You can download the Arduino code at https://github.com/tinkermax/smartshelf under the SmartShelf folder.

To use the code, you will first need to insert your Wi-Fi station and password into the Config.h file. The reason I moved this into a separate file is so that you can consume code updates without overwriting your own configuration info.