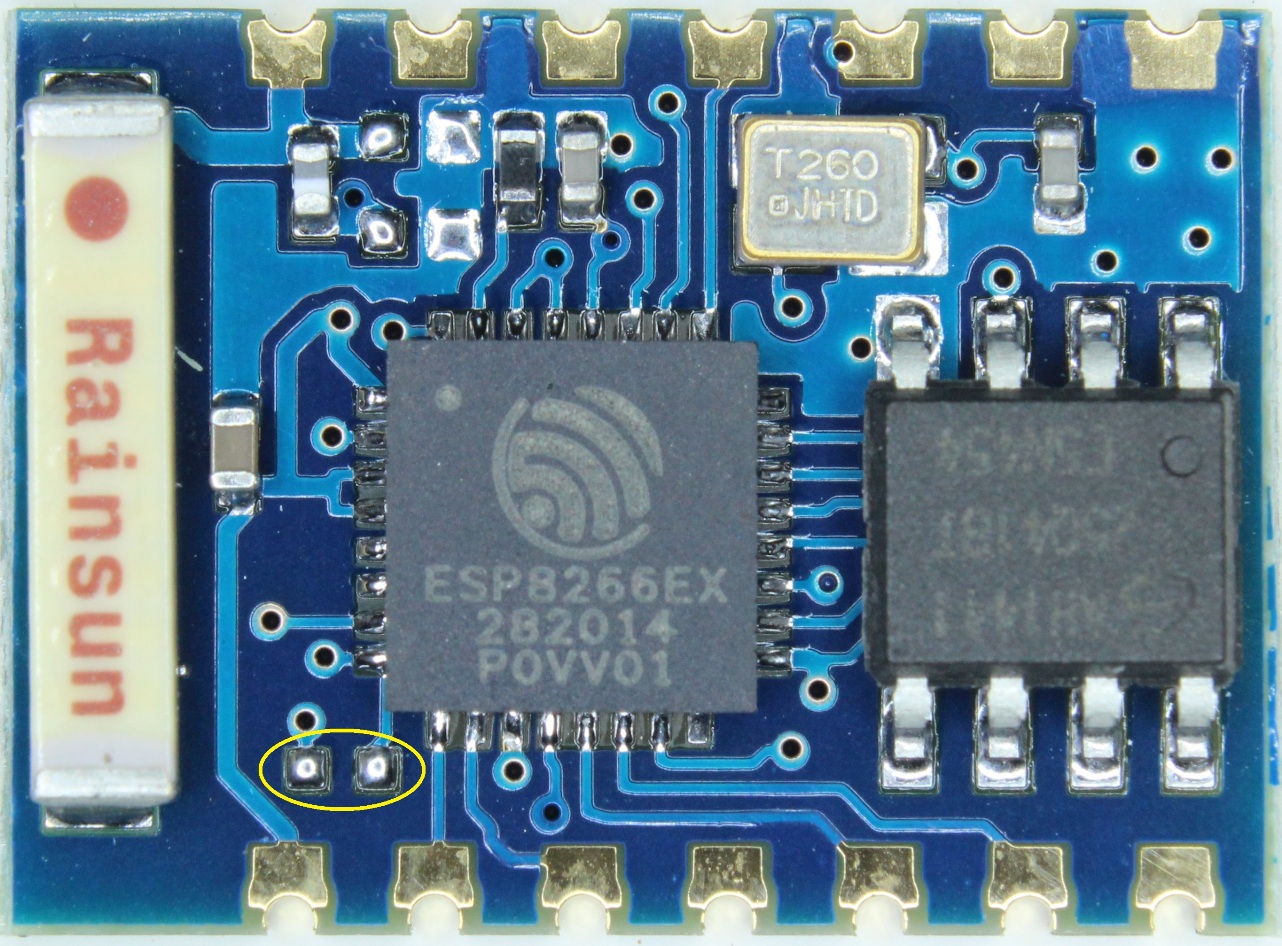 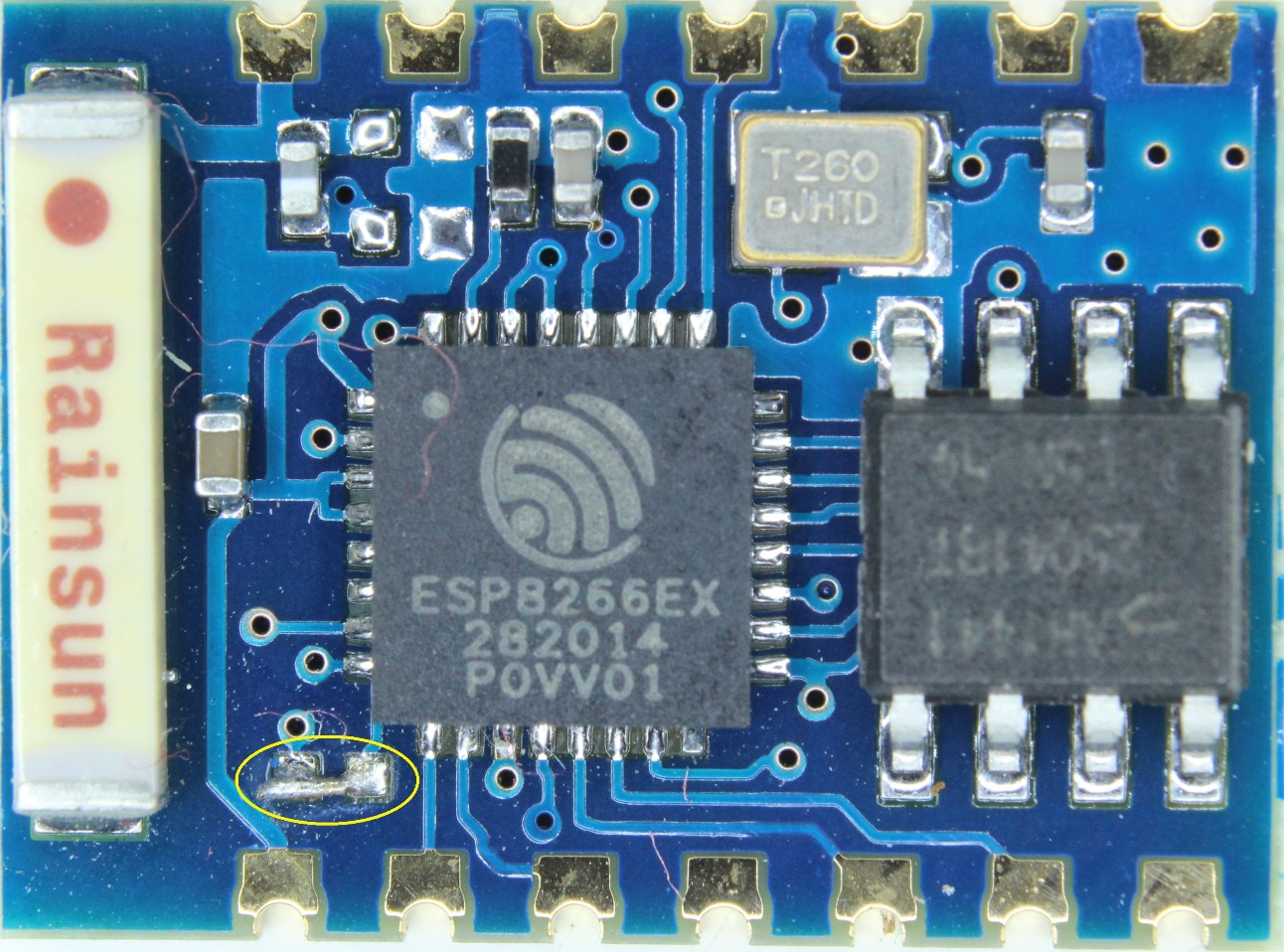 The easiest method to achieve this would be to use a zero ohm SMD resistor. I didn’t have any, so I used a short section of 30awg wire-wrap wire which I first tinned and then snipped to the correct length. I had a moment of difficulty getting the piece of wire to unstick from the soldering iron tip. An approach that worked better on my second device was to solder one end of the small wire link first. Surface tension then helps hold the link down onto the board while you finish. 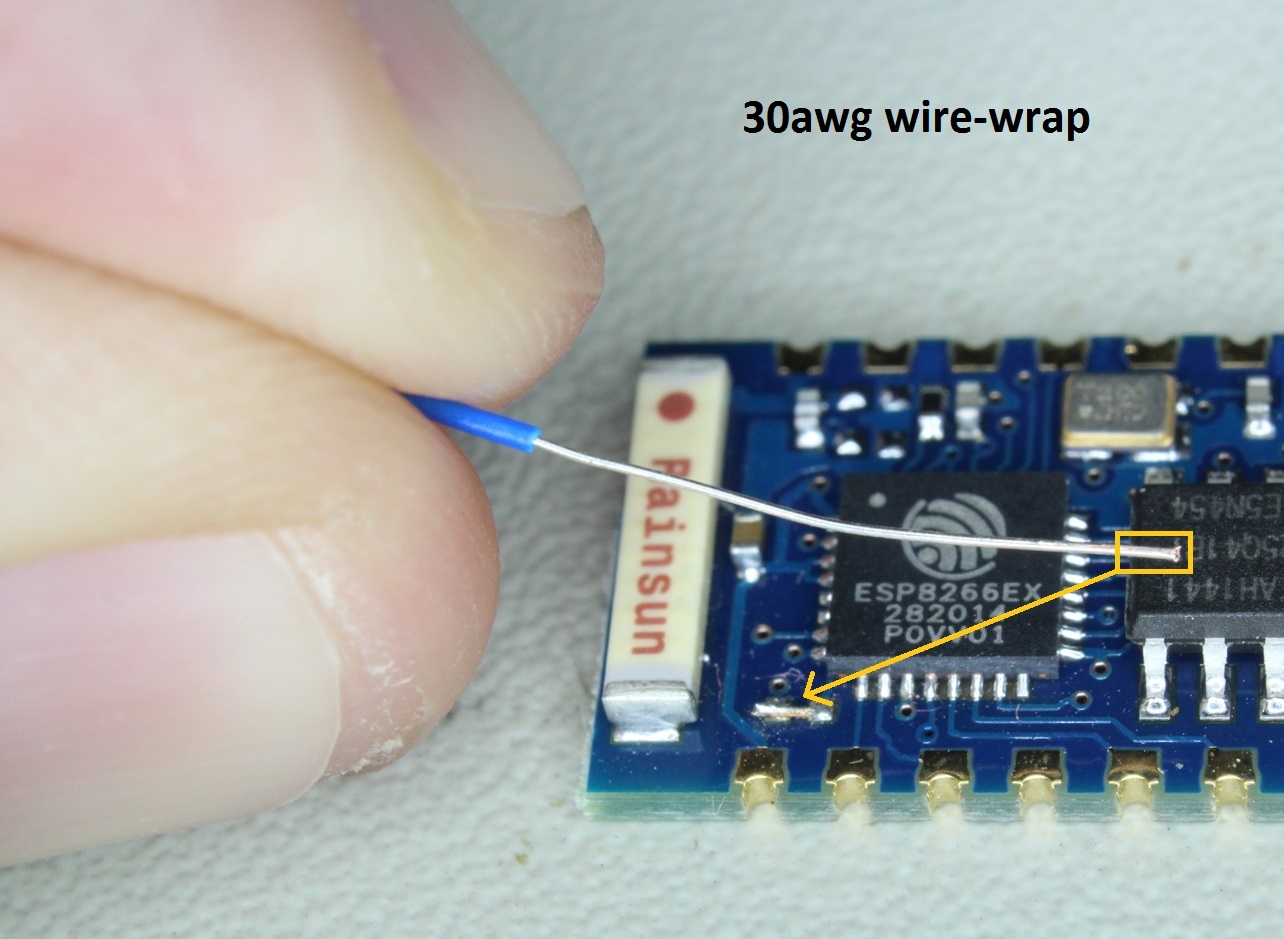 To test it out, I put this command at the end of the mqttDataCb routine so that deep sleep would be initiated when I sent an MQTT message to the ESP8266:

Sure enough, the device went to sleep, and woke up after 30 seconds!

What I hadn’t fully appreciated was that the device does a FULL RESET, starting up again and re-running user_init(). This means that the ESP8266 has to re-establish connectivity, both to the Wi-FI and the MQTT broker, which can take much longer than I would like. Two of the steps that seemed to take time (sporadically), were talking to the DHCP server, and the DNS resolution of the MQTT broker.

Firstly, to eliminate the DHCP step, I found this useful code, which allows you to specify a static ip for the ESP8266 (note that I have hardcoded my information). The code goes into the WIFI_Connect routine found in wifi.c.

Secondly, to eliminate the DNS step, I configured the ip address of the MQTT broker, instead of its name.

With this streamlining in place, and when everything connects smoothly, waking up still takes 5 – 6 seconds. This would be perfectly acceptable in a typical scenario where the ESP8266 is acting as a sensor, sending readings periodically. Even sending a reading once per minute, the device could be in deep sleep for 90% of the time. Sending only once every 5 minutes translates into deep sleep for 98% of the time, and so on… you get the idea.

But in my wristband project, where the ESP8266 is waiting to receive an alert preferably with a latency of under 10 seconds, this deep sleep approach is (sadly) unworkable.

What about the other sleep modes? The information about these is rather scattered and scarce. The best I could find was this and this.

For these sleep modes, you do not specifically issue a sleep command. Rather, you specify a sleep type using wifi_set_sleep_type(sleep_type), which the ESP8266 then implements in the background.

Sleep type can be one of three values:

MODEM_SLEEP_T is the default, NONE_SLEEP_T means even less power saving, so LIGHT_SLEEP_T sounds hopeful in that it reduces CPU power in addition to Wi-FI power.

But how do you actually compare power consumption? Using a meter is no good, as the current drawn is fluctuating all the time. 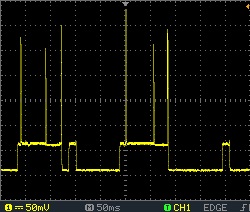 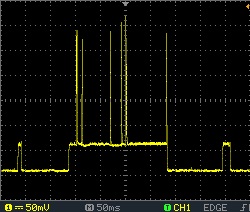 To get an idea of what was going on, I connected an oscilloscope across a 1 ohm resistor placed in series with the power supply to my esp8266 breadboard. With default power savings settings, these images show the activity I observed while the ESP8266 was functioning as an MQTT client. I don’t know precisely the value of my 1 ohm resistor, so can only approximate the current consumption. But to provide some scale, the base is about 13mA, the steps are 70mA, and the brief spikes go above 300mA. 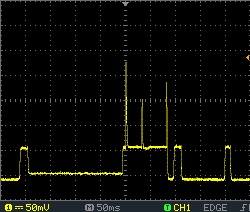 Next, I tested the light sleep mode by calling wifi_set_sleep_type (LIGHT_SLEEP_T ) at the end of the user_init() routine. The consumption was markedly reduced. Now the overall base was effectively zero (below what I could measure using this simple method), the next base up was at 10mA, the steps 60mA and the spikes to over 250mA.

I really need something that integrates over time to gauge the overall power consumption!

So, all in all, some interesting findings, although more relevant to other ESP8266 projects and not so much to my wristband.